From the point of photography, Holloween is my favorite festival.  I love taking pictures of kids trick and treating, all the costumes and the decorated houses.

I took the pictures below at TEAM KEY AQUATICS’ (TKA) Zombie Crawl.

TEAM KEY AQUATICS is a swimming team on Key Biscayne, FL.  This year was the first year that they hosted the TKA ZOMBIE CRAWL on the island.  All of their swimmers were dressed up like zombies and tried their best to imitate a true zombie…  They had a contest to see which group had the best costumes and acted the best and then they did one lap around the park (village green) to try to start an annual event.  Their goal was to have the kids enjoy the day and have a great time, and ultimately to start an annual ZOMBIE CRAWL where kids and adults from KeyBiscayne can be a part of….

Halloween (also spelled Hallowe’en) is an annual holiday celebrated on October 31. It has roots in the Celtic festival of Samhain and the Christian holy day of All Saints. The word itself, “Halloween,” actually has its origins in the Catholic Church. It comes from a contracted corruption of All Hallows Eve. November 1, “All Hollows Day” (or “All Saints Day”), is a Catholic day of observance in honor of saints. Halloween, one of the world’s oldest holidays, is still celebrated today in several countries around the globe. The autumn rite is commemorated in the United Kingdom, although with a surprising and distinctive British twist. In Mexico, Latin America, and Spain, All Souls’ Day, the third day of the three-day Hallowmas observance, is the most important part of the celebration for many people.

The celebration has some elements of a festival of the dead. The ancient Celts believed that the border between this world and the Otherworld became thin on Samhain, allowing spirits (both harmless and harmful) to pass through. 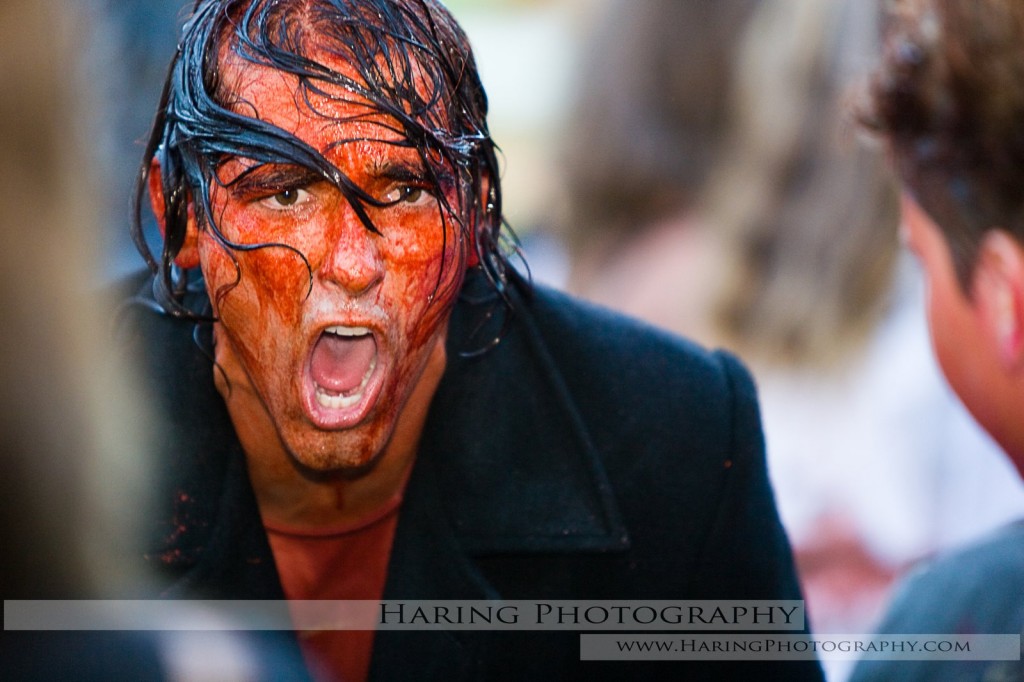 The family’s ancestors were honoured and invited home whilst harmful spirits were warded off. It is believed that the need to ward off harmful spirits led to the wearing of costumes and masks. This is what professional photographers love the most! Their purpose was to disguise oneself as a harmful spirit and thus avoid harm. In Scotland the spirits were impersonated by young men dressed in white with masked, veiled or blackened faces. Samhain was also a time to take stock of food supplies and slaughter livestock for winter stores. Bonfires played a large part in the festivities. All other fires were doused and each home lit their hearth from the bonfire. The bones of slaughtered livestock were cast into its flames. 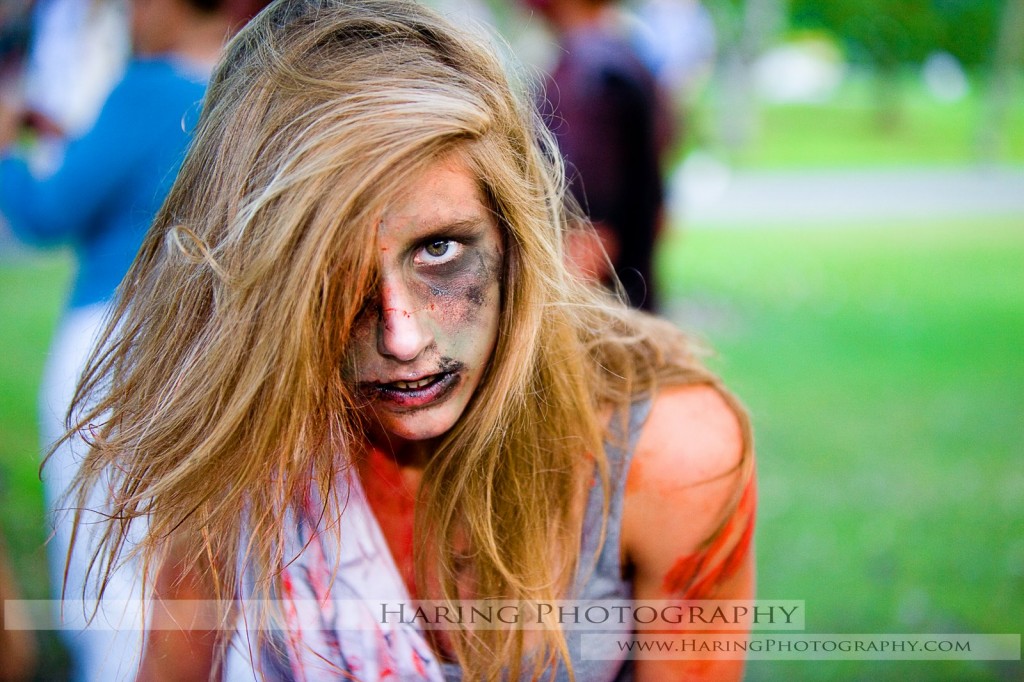 The custom of trick or treating probably has several origins. During Samhain, the Druids believed that the dead would play tricks on mankind and cause panic and destruction. They had to be appeased, so country folk would give the Druids food as they visited their homes. Also,  an old Irish peasant practice called for going door to door to collect money, bread cake, cheese, eggs, butter, apples, etc., in preparation for the festival of St. Columb Kill. 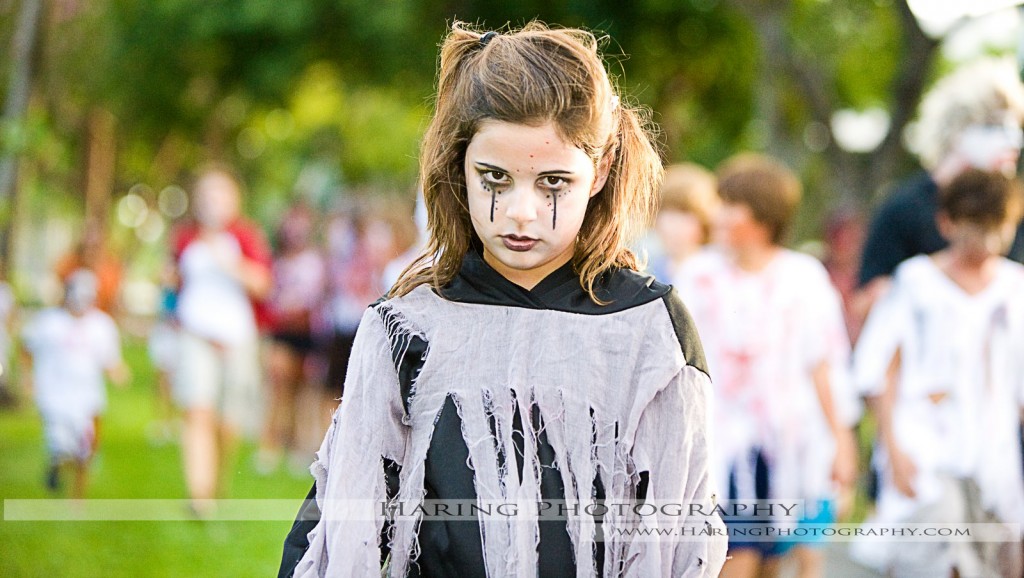 There are several games traditionally associated with Halloween parties, what creates opportunities for excellent action shoots for professional photographers. One common game is dunking or apple bobbing, in which apples float in a tub or a large basin of water and the participants must use their teeth to remove an apple from the basin. A variant of dunking involves kneeling on a chair, holding a fork between the teeth and trying to drop the fork into an apple. Another common game involves hanging up treacle or syrup-coated scones by strings; these must be eaten without using hands while they remain attached to the string, an activity that inevitably leads to a very sticky face. 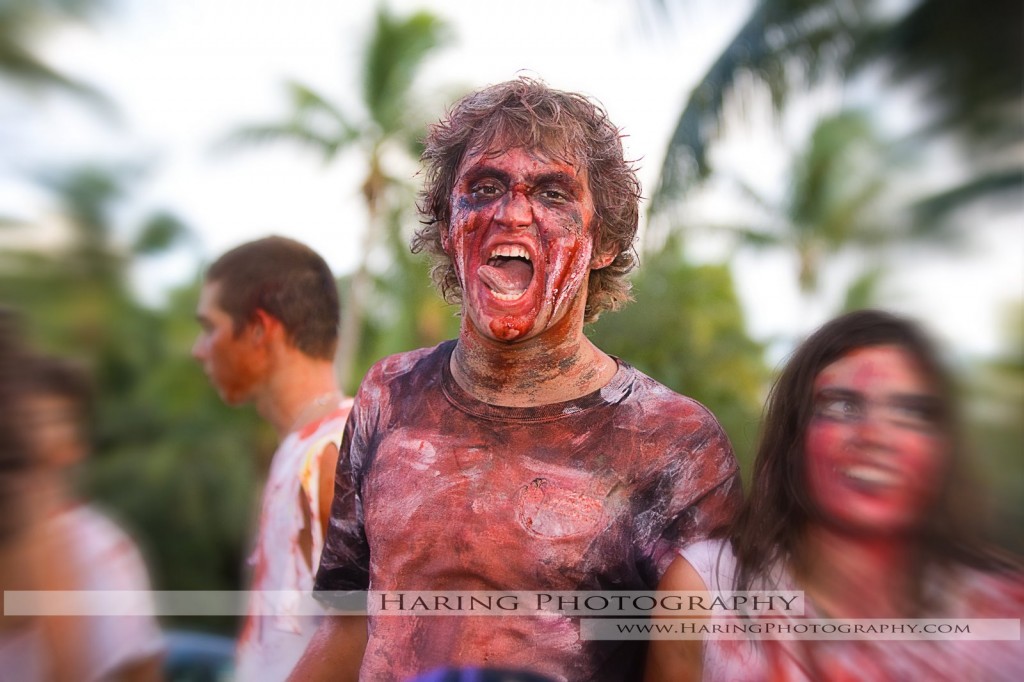 Haunted attractions, another favorite of photographers, are entertainment venues designed to thrill and scare patrons; most are seasonal Halloween businesses. Origins of these paid scare venues are difficult to pinpoint, but it is generally accepted that they were first commonly used by the Junior Chamber International (Jaycees) for fundraising. They include haunted houses, corn mazes, and hayrides, and the level of sophistication of the effects has risen as the industry has grown. Haunted attractions in the United States bring in an estimate $300–500 million each year, and draw some 400,000 customers, although trends suggest a peak in 2005. This increase in interest has led to more highly technical special effects and costuming that is comparable with that in Hollywood films. 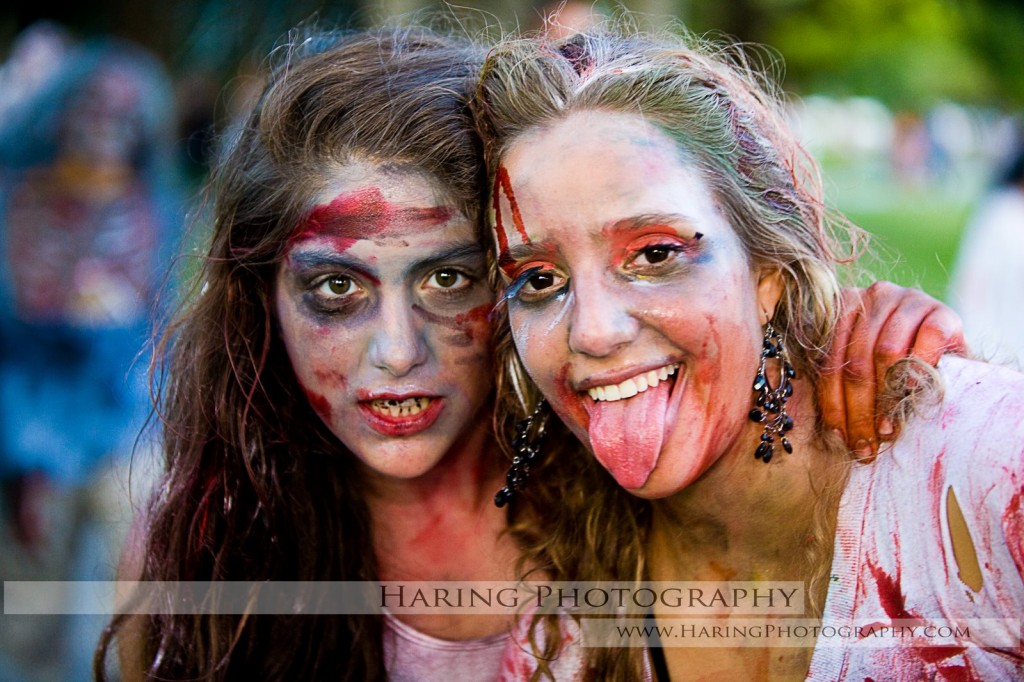 Most Christians hold the view that the tradition is far from being “satanic” in origin or practice and that it holds no threat to the spiritual lives of children: being taught about death and mortality, and the ways of the Celtic ancestors actually being a valuable life lesson and a part of many of their parishioners’ heritage. Other Christians feel concerned about Halloween, and reject the holiday because they believe it trivializes (and celebrates) “the occult” and what they perceive as evil. A response among some fundamentalists in recent years has been the use of Hell houses or themed pamphlets (such as those of Jack T. Chick) which attempt to make use of Halloween as an opportunity for evangelism. 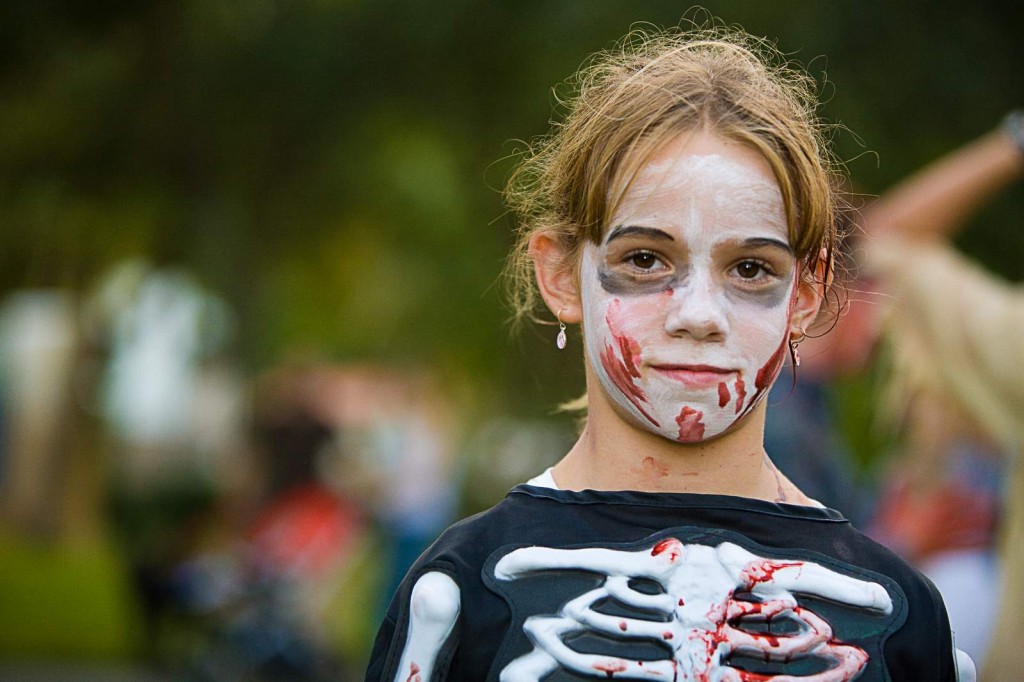 Some consider Halloween to be completely incompatible with the Christian faith due to its origin as a pagan “Festival of the Dead.” In more recent years, the Roman Catholic Archdiocese of Boston has organized a “Saint Fest” on the holiday. Many contemporary Protestant churches view Halloween as a fun event for children, holding events in their churches where children and their parents can dress up, play games, and get candy. Jehovah’s Witnesses do not celebrate Halloween for they believe anything that originated from a pagan holiday should not be celebrated by true Christians. 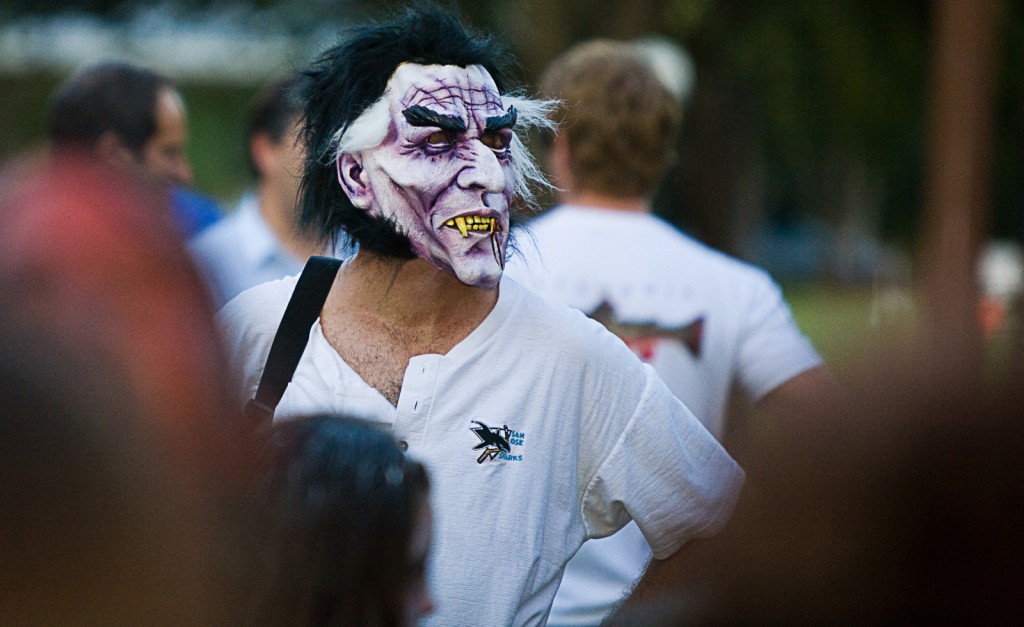 If you have any questions or you want to schedule a children photography session, please give us a call: 786 444 9743, send us an email to info@haringphotography.com or visit Key Biscayne Children Photographer’s website.